This approach is very flexible, since each of the stages can be called separately, enabeling a pipeline with user-defined model transformations inbetween. 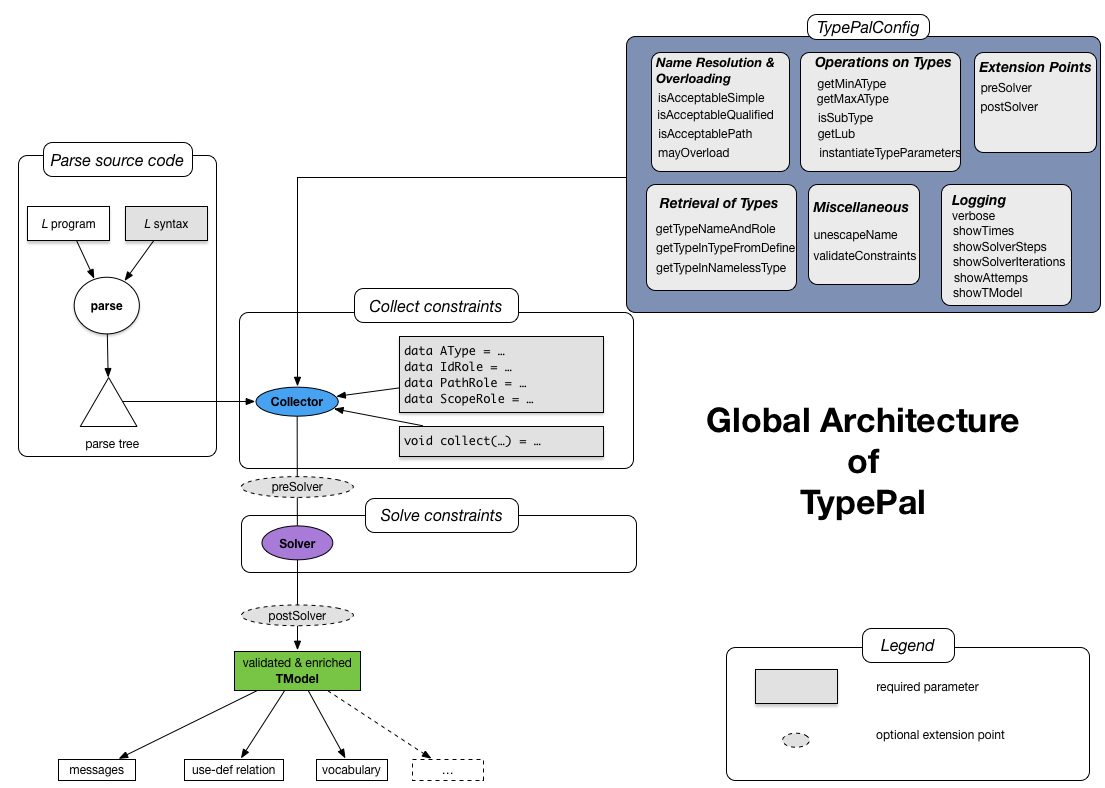 This whole process starts with a syntax for the language we want to analyze (let's call that language L for now). The L syntax is used to parse the L program we want to type check. The result is a parse tree.

Collecting constraints from the resulting parse tree is based on the builder pattern: first a new Collector is created (using newCollector) and that enables the author of the type checker to add facts, requirements and calculators to the TModel depending on the specific input program. The Collector calls user-defined collect functions for each language construct. This collection process is strictly local and based on the nested structure of the parse tree and the result is an initial TModel.

After the Collector phase, a TModel is available whose constraints can be solved (or not). This is done by creating a new Solver (using newSolver) and running it on the given TModel.

TypePal can be configured using a Configuration.